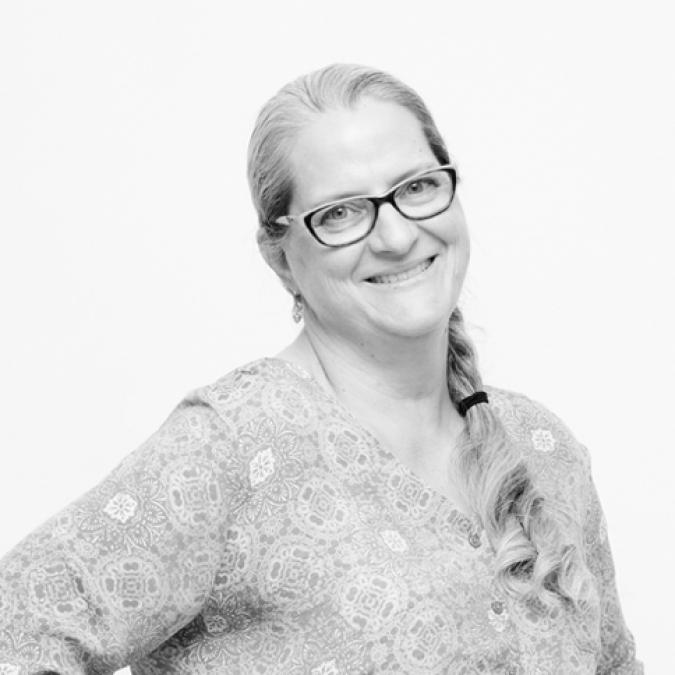 Carin Coulon is the Graphics Manager at Noll & Tam, which sounds like one position. Don’t be fooled. Carin is actually half a dozen people doing everything from the production of proposals to tech support to photography to retreat planning to 3-D printing... you get the idea.

Carin is a generalist, which is code for knowing how to get stuff done. This takes the ability to adapt. It also takes a team that works well together. As Carin puts it, “We’re friends as well as co-workers.” She knows her team is far more productive than individuals who happen to be in a group.

For fun, Carin enjoys social dancing, like English country dance. It emerged during the reign of Elizabeth I, who could really cut a rug. You have to think fast or pandemonium could ensue. Not bad training for a Graphics Manager.